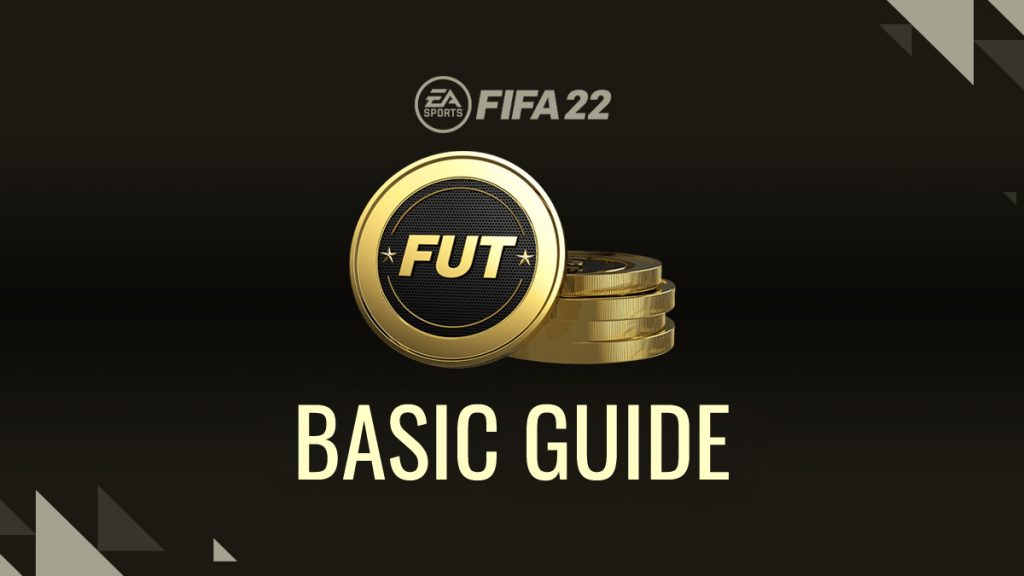 Coins have many uses, can be used for buying packs from the Store and for trading FUT items in the Transfer Market. Coins can be also used to pay for some game mode entries. So knowing the basics of how to earn it efficiently is very important.

Firstly we want to check our catalogue for coin boosts, if we can unlock any of these, then this is the first thing we do! These are going to give us a massive boost at the start.

You can also redeem FIFA Coin Multipliers from the Catalogue. The simplest way to get a hold of some quick earnings is to redeem the necessary items in the EAS FC Catalogue. These rewards, which can be accessed by clicking in the right stick, offer the ability to increase how many coins you earn per game. Don’t forget to activate these boosts for some easy coins.

At the beginning of the game cycle, do all the advanced SBCs and use your catalogue coin bonuses. After a couple online seasons, you should already be getting close to 100k.

FIFA 22 SBC (Squad Building Challenges): the best puzzles to complete on a budget. The basic SBCs, for example, offer rewards such as premium gold packs for a little over 1,000 coins. You can always utilize any excess players for these challenges. With various packs and coin rewards on offer, they’re definitely worth considering.

Division Rivals and Squad Battles is another best methods for coins farming. The two modes offer various amounts of coins as a reward based on your weekly performance, with the former proving the most generous. You’ll get your hands on 32k for little more than a handful of wins per week in Division Rivals, along with points towards progression for the reward-heavy FUT Champions Weekend League.

We have our starting eleven, kindly provided to us by EA. Now, this is mainly made up of completely useless bronze cards, but this is where we are going to start! Build the best possible starting eleven you can out of these cards and jump into a game!

Win, lose or draw, we are going to get roughly 400 coins from this match, luckily for us, 400 coins are the exact price of a bronze pack! There are numerous posts floating around about how to use the BPM, but seeing as we have so much space on our list, just list everything up, we will get round to removing the items that don’t sell when we require the slots on our transfer list!

Only buy Bronze and Silver packs

Never Gold. Yes, I’m repeating myself again but it’s honestly critical. When you do buy Silver or Bronze packs, it’s safest to go for the standard versions: 2,500 coins for Silver, 400 for Bronze. I’ll get to what you need to do with these shortly.

If you’re feeling especially flush you can gamble on the premium versions of these packs: 3,750 for Silver, 750 for Bronze. These carry a much higher risk but also a higher reward: you’re paying the extra money for two additional ‘rare’ cards. If those rare cards are players, you’ll make even bigger profits; if they’re kits or badges, you’ll take a small hit. As a rule, I switch to buying premium packs when I have 100,000 or more in the bank, then back to standard packs if my cash reserves dip below that value.

One of the best ways to farm FIFA Coins in FIFA 22 is to buy and sell players on the transfer market. A good tip after you’ve been playing for a while is to list all of your bronze players immediately after getting them. Some will sell, some won’t. But you’d be surprised how much you can rake in from cards that would otherwise be sitting stagnant.

The good thing about MM is that there is a lot to be made from. You can double-triple your coins very easily. It’s especially good when you have a low amount of coins because there is only so many cards and coins you can put into it. We want to be investing in cards that are cheap and have the opportunity to rise to about 5-10k. It’s essentially risk-free as, if it doesn’t work out you can quickly sell those cards and you won’t be losing much. It’s a very good method early game and fun to do later on too but for every great method there is always a downside. Really the maximum amount of coins you can put into it around 100-150k, you’re struggling to put more in after buying 150 players and then selling 150 players once you’re done, as you can tell it’s not perfect and takes a lot of effort.

Saying all that its a good method to familiarise yourself with, there will be stages in Fifa where we will have investing a large sum of our coins into a few players and we will have some spare coins. This is a method we can use to utilise those coins efficiently.

The FIFA Ultimate Team market is ever-changing, and players’ values can vary massively depending on a range of factors. UEFA Champions League branded players, for example, can become highly valuable when required for an SBC. Black Friday deals, on the other hand, can see players’ values plummet as they flood the market. Always keep tabs on player prices, as the items on your transfer list can sometimes rise substantially in value.

Once you pass the 50,000 coins mark, I recommended investing in 3-4 TOTW players between Wednesday and Saturday of any given week. To do this, search for ‘Special’ players on the transfer market at a Buy It Now price of 10,250-11,500, then cherry-pick any TOTW players – do not buy blue-card Champions League players by accident! – rated 81 or above. You can *always* resell these players for at least 13,000 coins, sometimes much more – or, if you suddenly need funds, quickly sell them to the CPU for around 10K, meaning any losses are tiny.

I stash these purchases in my club for 2-3 weeks, then list for at least 14,000-15,000 – sometimes more, depending on comparative prices for the same card.

Squad Battles can earn you a ton of FIFA Coins, and essentially just require you to play matches against difficult opponents. You can set the difficulty to earn a multiplier on any points you earn each match, points that are totaled and transferred into a reward at the end of each week.

The FIFA 22 Web App lets you manage your squads on the go, and can be used to buy and sell players on the transfer market. You’ll get FIFA Coins just for logging in each day, so it’s well worth downloading. You can easily manage Squad Building Challenges from here as well.

Complete Your Daily and Weekly Challenges

There’s a lot of potential FIFA Coins to be made by completing the challenges shown on the main menu. They are broken up into Daily and Weekly Challenges and are a great way to earn extra FIFA Coins while you’re playing any of the modes in the game. A good tip is to write down the challenges you think you’ll be able to complete, then keep an eye on them while playing matches. Make sure you head into the challenges menu to collect your rewards once they’re done though!

If you’re looking for a bit of a challenge, and a chance at high rewards, then consider entering the FUT Weekend League each week. You earn Champions Points during Division Rival which can be used to enter the Weekend League. You then play 30 games to earn FUT Champions rewards and a whole lot of FIFA Coins.

I probably shaved 10-20% off the cost of Henry by buying Scream cards very early. With Vieira, I bought 88+ cards during TOTY when lots of packs were being popped. They’ve all gone up ~25-30% since then. They’ll drop again during the new OTW release, which will provide another good buying window. Basically, go against demand and buy the stuff you’ll need when people are distracted by other things.

Try to keep a lot of cards in your club

It’s almost inevitable that some of them will spike for various SBCs. For example, I just sold Afellay for 1.8k and Mikel San Jose yesterday for 3k due to these Barcelona SBCs. There have been weeks where I’ve made 100k+ just from selling off stuff from my club for MM games. This is a huge thing that people overlook when they think you need to spend a lot of money to have millions in this game. All you really need to do is be disciplined and think ahead.

Sell cards when at their most valuable

SBCs see you submitting teams according to specific requirements in order to earn rewards. This, rather than spending coins, should form your path to Gold packs. Every Thursday evening, for instance, four Marquee Matchups are made live within the SBC framework. Hundreds of thousands of FIFA addicts then hit the transfer market, seeking out the cards necessary to complete these Marquee Matchups SBCs. But if you already have these cards stashed in your club, you can complete said challenges for literally nothing, then make monster profits by selling your extra stock.